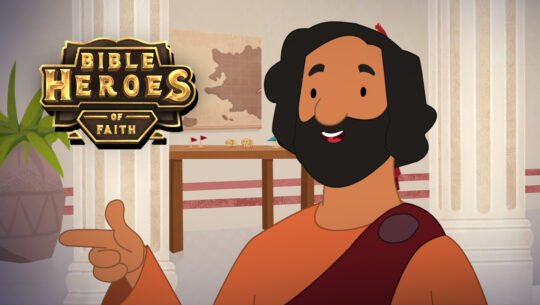 Animation film: Peter and Cornelius: The gospel is for everyone who wants to 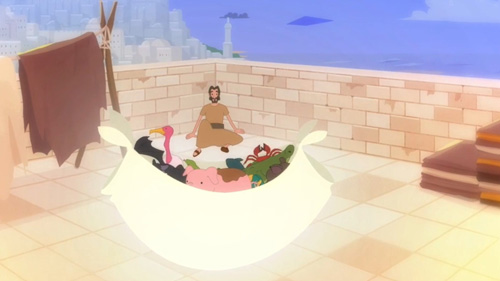 The Bible story about Peter and Cornelius is taken from Acts 10. It is about Cornelius, a Roman centurion who believes in God, but who is unsure if he can be a disciple, since he is a Gentile. But then he is visited by an angel who tells him to send someone Joppa to fetch a man called Simon Peter.

At about the same time, Peter has a strange vision in which he is told to eat animals that Jews weren’t allowed to eat. God’s law forbade the Jews to eat certain animals, because they were unclean. A voice tells Peter that what God has cleansed, he must not call unclean. At first Peter can’t believe it. But then he understands that it is a message from God, and that a new time is coming.

Cornelius has sent men to find Peter, just like the angel told him to do. When they knock on Peter’s door, he begins to understand what the vision was about. He goes to Caesarea and is received by Cornelius, who tells about the angel’s message.

Peter explains that normally a Jew wouldn’t visit the home of a Gentile ( a non-Jew), but that the vision of the animals has made it clear that the gospel is meant for all people who want to follow Jesus. Cornelius is filled with the Holy Spirit. This helps Peter convince the Jews who are with him that the Gentiles also can be saved and that they can have fellowship with one another. He then baptizes Cornelius and his household, and they are the first Gentiles to become Christians – Jesus’ followers. 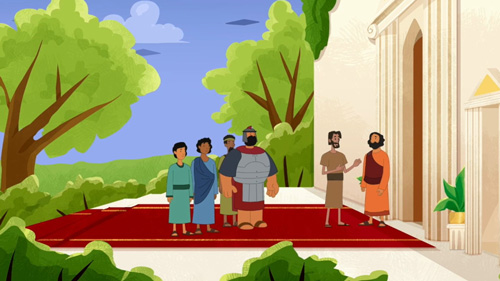 Why is it significant that Gentiles became Christians, and that the Jews and Gentiles could have fellowship? What actually happened in the story of Peter and Cornelius?

Thousands of years before Jesus’ coming, most people had stopped caring about God. They wanted to do their own will, not God’s will, and they all sinned. But then God discovered a man called Abraham. He was different. He believed in God, and he wanted to live according to God’s will. So God made a covenant with Abraham. His descendants would be God’s own people. This was Israel (the Jews). As God’s people, the Jews had a very special relationship with God. They were given laws that they could follow, so they were certain what was right and wrong. And God spoke to them through prophets and priests. When they followed God’s laws, God would bless them.

So the Jews had something no one else had; they were God’s chosen people and knew God. Unlike the Gentiles – that is, all other peoples. They no longer knew God. They did not have God’s law that told them about God’s will, and they did not have the promise of being blessed by God. So when Jesus came, there was a great difference between Jews and Gentiles. The Jews had stayed away from the Gentiles because they did a lot of things the Jews knew were wrong. In fact, God had told them to be separate, so they would continue to be His chosen people.

But God and Jesus had plans for both Jews and Gentiles, as all people are loved by God, and need the help Jesus can give us. So Jesus came not only as a Savior for the Jews, but for all people. After He had returned to heaven, the time had come for the message about Him to spread throughout the earth.

Cornelius was the very first Gentile to become a Christian. It was a great change for Peter and the other Christian Jews that they would now have fellowship with Gentiles as well. But when Peter had that vision, and then saw that Cornelius was also baptized with the Holy Spirit, then all his doubts disappeared. Now they could become brothers, united in their faith in Jesus.

Suggestions for topics to talk about:

Do you know what a Gentile is, and why the Jews couldn’t be together with them?

The film is called “The gospel is for everyone who wants to.” What is the gospel?

In truth I perceive that God shows no partiality. But in every nation whoever fears Him and works righteousness is accepted by Him.

For I am not ashamed of the gospel of Christ, for it is the power of God to salvation for everyone who believes, for the Jew first and also for the Greek.

And He came and preached peace to you who were afar off and to those who were near. For through Him we both have access by one Spirit to the Father.