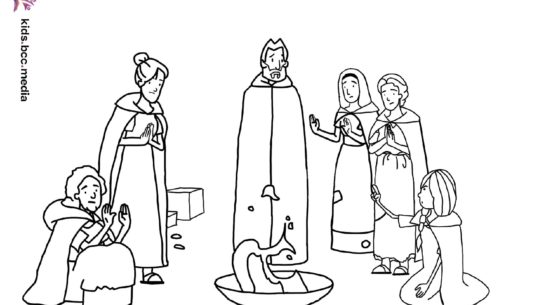 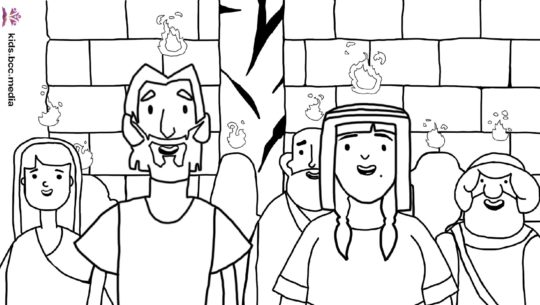 As human beings, we are not always able to do good, we need the power of the Holy Spirit to help. By this power we can choose what is right in the temptations. It leads us on a good path of life, a path that leads to heaven. But what exactly is the Holy Spirit, and who can receive it?

In this theme we also get to know the disciple Peter, and take a look at how he was both before and after he received the Holy Spirit. Peter was changed completely when he received the Spirit and so can you and I. Jesus gives his Spirit to those who listen to him. As a child, you can begin to do the good you understand, ask Jesus for help and then you will experience when the time comes that he will give his Spirit to you.

More about the animation films 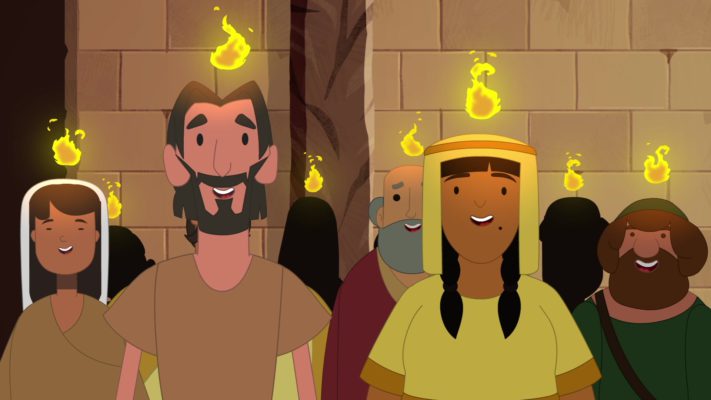 In this film we get to know Peter who was one of Jesus´ disciples. Peter was chosen by Jesus to be the rock on which to build the church. Peter loved Jesus and really wanted to do what he said, but the problem was that he just could not always manage it. The last night the disciples were with Jesus, Jesus told Peter that he had prayed for him that his faith would not fail. Then Peter answered. “Lord, with you I am ready to go both to prison and to death.” But Jesus probably knew Peter better than he knew himself. And Jesus knew it was not going to be that easy for Peter. And He was quite right, soon after, Peter could not be as brave as he had said. But Jesus had known that beforehand, and he had a plan for Peter. A great help was on the way.

In this episode, we meet Peter in the time after Jesus ascended to heaven. He was chosen to be the rock on which the church was to be built, but he still did not have the courage to carry out the great task he had received. The disciples were waiting for the Holy Spirit to come, and one day when they were gathered, something strange happened in the room and small tongues of fire settled on their heads. A completely new time started then for Peter and the other disciples.

In the studio broadcast, we see two episodes of the Bible’s heroes of faith, one about when Peter denied Jesus and the other about when Peter received the Holy Spirit. We also get a visit from a very special guest from a completely different time, as well as some inspiring words from Annette Tobler.

How many times did Peter deny that he knew Jesus?

What exactly is the Holy Spirit?

What kind of help do we receive from the Holy Spirit?

Acts 1:8: But you shall receive power when the Holy Spirit has come upon you; and you shall be witnesses to Me in Jerusalem, and in all Judea and Samaria, and to the end of the earth.”

Acts 5:32: And we are His witnesses to these things, and so also is the Holy Spirit whom God has given to those who obey Him.”

Matthew 26:69 “Now Peter sat outside in the courtyard. And a servant girl came to him, saying, “You also were with Jesus of Galilee. 70: But he denied it before them all, saying, “I do not know what you are saying. 71: And when he had gone out to the gateway, another girl saw him and said to those who were there, “This fellow also was with Jesus of Nazareth.” 72: But again he denied with an oath, “I do not know the Man!” 73: And a little later those who stood by came up and said to Peter, “Surely you also are one of them, for your speech betrays you.” 74: Then he began to curse and swear, saying, “I do not know the Man!” Immediately a rooster crowed. 75: And Peter remembered the word of Jesus who had said to him, “Before the rooster crows, you will deny Me three times.” So he went out and wept bitterly.